His Life Hangs in the Balance

We’re excited to share an inside look into one of our newest oral history projects: Solito, Solita: Youth Migrants from Central America.

Solito, Solita (Alone, Alone) sheds light on the abuses that youth migrants from Central America face while seeking refuge from life-threatening conditions in their home countries. From extortion and the dangers they face hopping cargo trains, their struggles in underground America, to their dreams for the future, the project aims to illuminate the stories of this largely unheard population numbering nearly 200,000. Solito, Solita is one of six projects Voice of Witness is currently incubating through the VOW Story Lab, which provides oral history training, editorial guidance, and project funding to human rights storytellers in need of institutional support.

We hope you enjoy the interview below with Solito, Solita editors Jonathan Freedman and Steven Mayers. 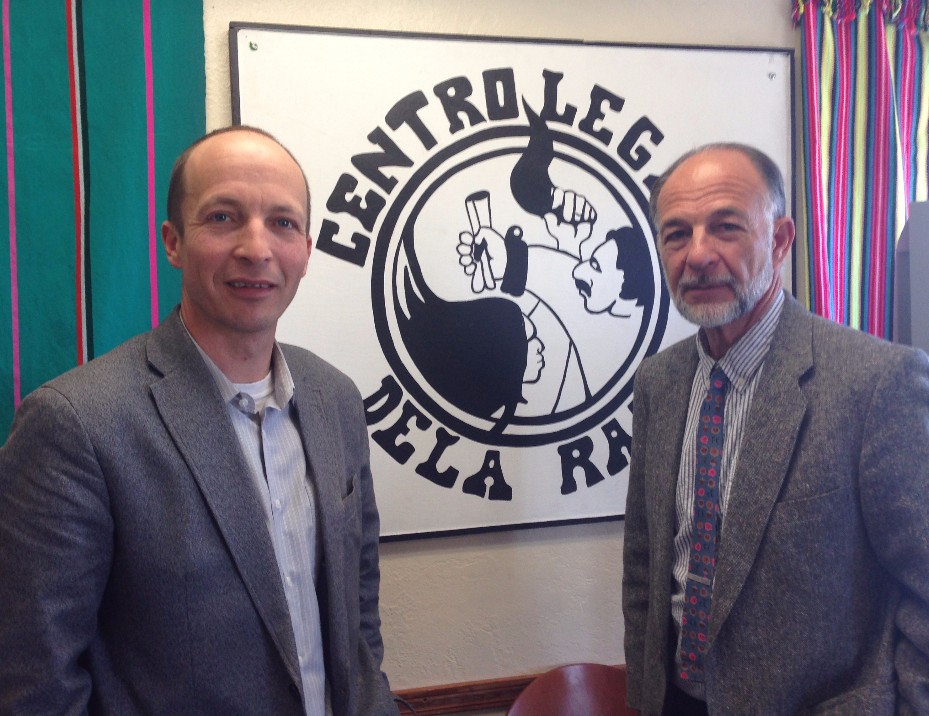 About the editors: Jonathan Freedman is a journalist, author, and educator who won the Pulitzer Prize for editorials advocating for justice for undocumented migrants. Steven Mayers is a San Francisco-based educator and researcher who works with migrant communities as an oral historian and English professor.

Can you tell us about a compelling moment you’ve shared with a narrator?

We were interviewing a Guatemalan orphan, Adrian, who’d just gotten out of an immigration detention prison in California. His crime? Turning 18 years old. He showed us the zippered scars where he’d been stabbed and left for dead in Guatemala City.

His offense? He refused to join the gang that took over his barrio, the kind of gang that had murdered his mother before his eyes, when he was five years old. As he described his journey on la bestia, crossing through Mexico to the US border, he kept saying, “Solito, solito! Alone, alone!”

Adrian was temporarily employed on a construction site, sending remittances to pay for his grandmother’s cancer medications, struggling to go to English classes, facing deportation hearings. He told us of his dreams of becoming an auto mechanic, starting a family in America.

Adrian’s life hangs in the balance—along with thousands of other youth migrants facing detention and deportation. Haunted by his words, we named our project, Solito, Solita.

How do you connect with potential narrators?

We are also reaching out to casas de migrantes, or migrant houses, in Mexico, which provide shelter and amenities for migrants to collect stories from people making their way to the United States. We’ll also be talking to migrants who have returned home, either voluntarily or by deportation.

Where are you now in the project? What would support allow you to do this summer/fall?

We have had conversations with nine narrators in the Bay Area at this point, and have a team of transcribers and translators at work. We’re taking off from teaching this summer in order to dedicate full time to travel and conduct interviews. Our goal is to have most of our interviews completed by the fall so that we can start editing the stories.

Click to help Steven and Jonathan amplify the voices of youth migrants.